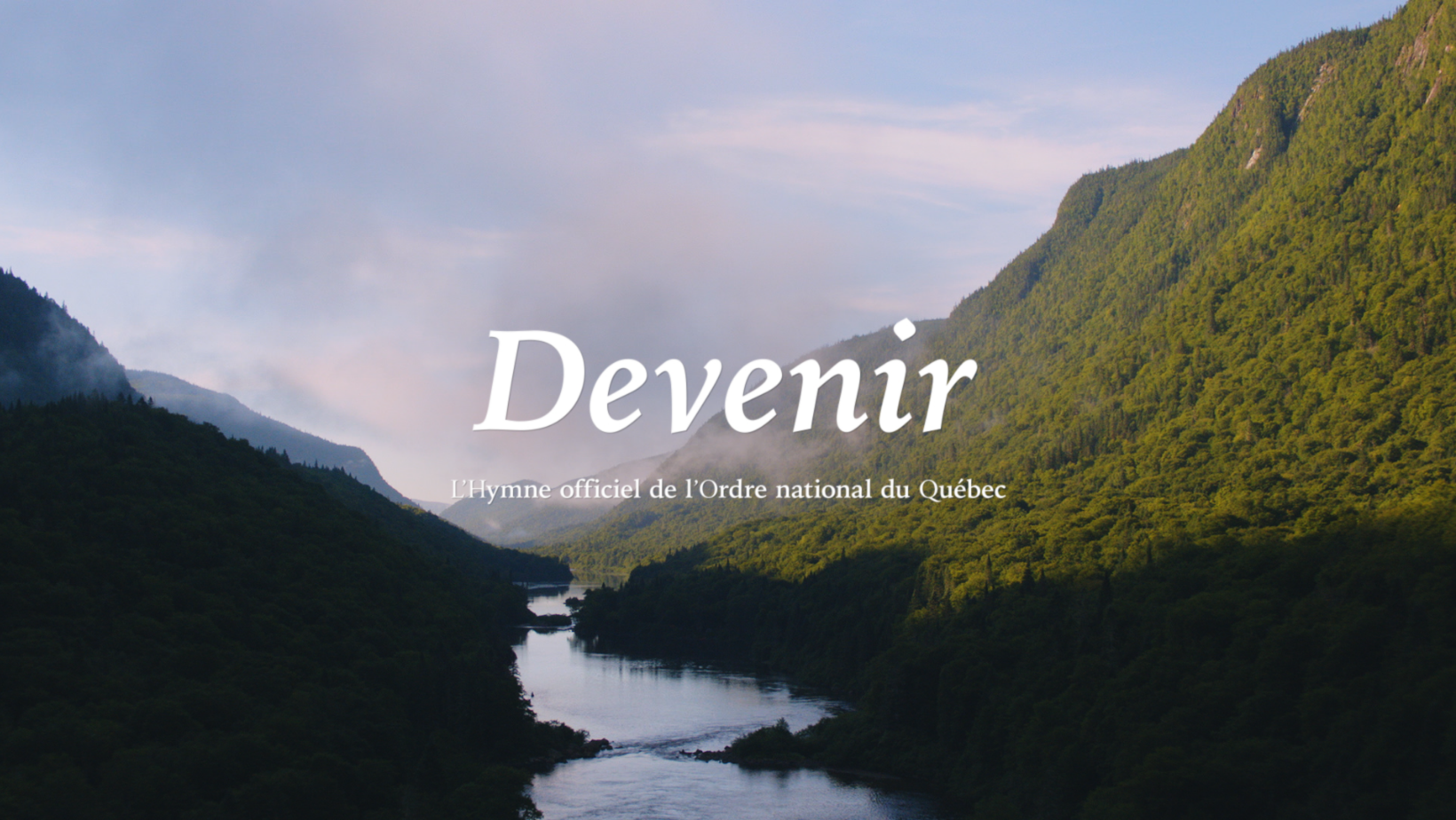 QUEBEC CITY, June 22, 2021 – World-renowned pianist and composer Steve Barakatt was named a Knight of the Ordre national du Québec at a virtual ceremony held in Quebec City on May 11, 2021.

“This honor from the Government of Quebec means a lot to me. Quebec is my native land, and an inspiration for so many profoundly satisfying artistic experiences and rich and rewarding relationships,” said Steve Barakatt.

After the announcement, the composer offered a unique tribute of his own; “Devenir”, an original composition specifically and affectionately written to immortalize the values of Ordre national du Québec. As its newly minted official anthem, the musical work will travel the world representing the Ordre national du Québec along with its motto, flag, insignia, and logo.

“Devenir” had its world premiere on June 22, 2021, during the virtual induction ceremony.

“We’re very proud to honor an artist who has been an ambassador of Quebec creativity for decades with works that have touched millions of music lovers around the globe and contributions to numerous humanitarian initiatives. On behalf of the members of the Ordre national du Québec board and all Quebecers, I would like to extend my sincerest thanks to Mr. Barakatt for this unprecedented artistic legacy,” said Jacques Girard, chair of the Ordre national du Québec board.

For more than three decades, internationally acclaimed composer, pianist, singer, producer, and creative director Steve Barakatt has collaborated with the world’s top artists, studios, and organizations on hundreds of artistic projects. As an artist, entrepreneur, and philanthropist, Barakatt has presented over 500 concerts around the world. He has also sold more than 5 million albums worldwide as a recording artist. He has composed numerous official anthems for major organizations such as UNICEF, the South Korean City of Saemangeum, and the worldwide network of 66 royal golf clubs. He also wrote the anthem “Motherland” to mark the centennial of the State of Greater Lebanon.

During the official presentation of the anthem music score to Quebec’s Prime Minister François Legault.