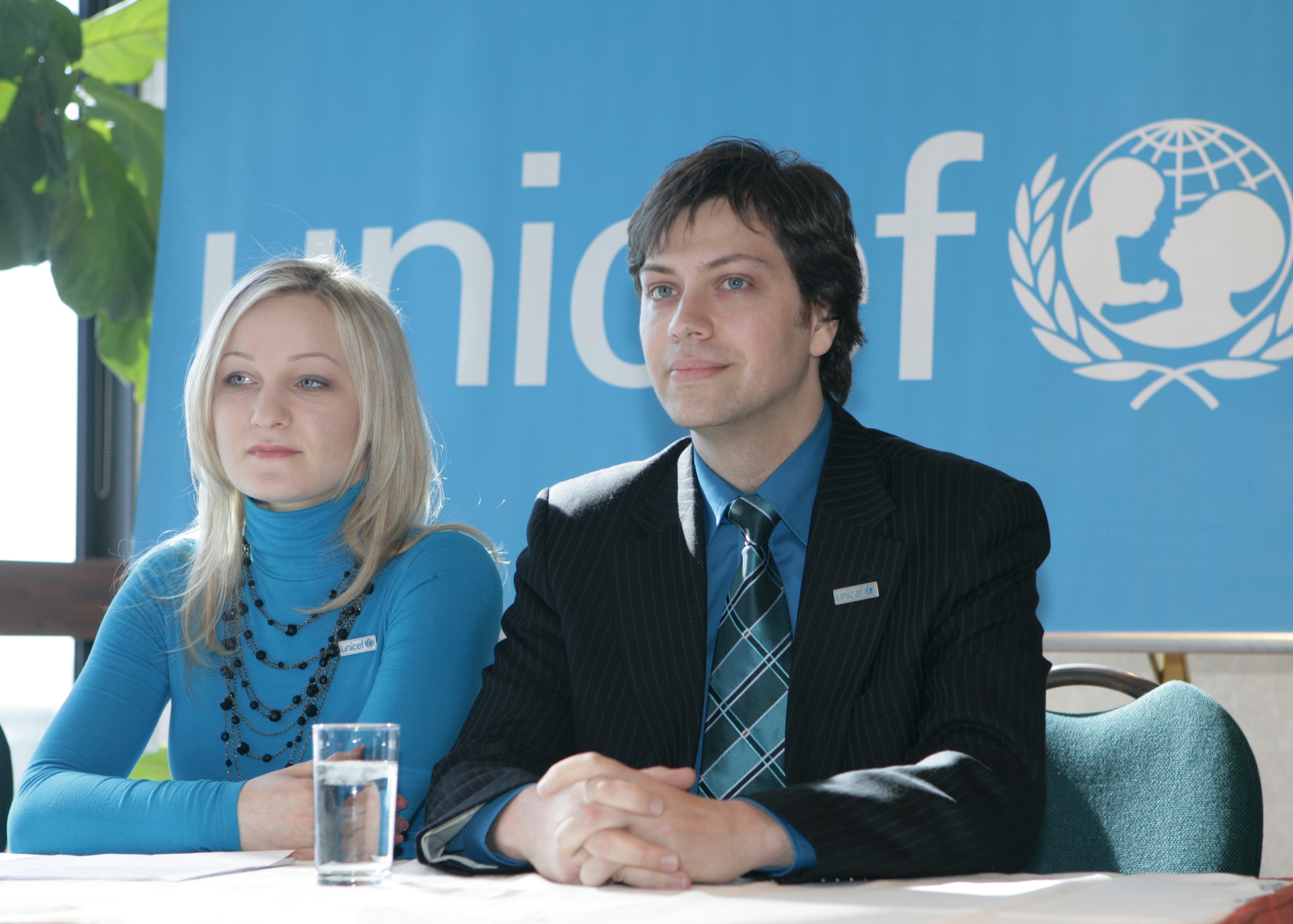 On March 9, 2007 UNICEF Canada was pleased to announce the appointment of internationally renowned composer & pianist Steve Barakatt and gymnast and Olympic medalist Elena Grosheva as Ambassadors for UNICEF Canada. They are first couple in the history of UNICEF to be appointed.

“Steve and Elena were chosen as ambassadors based on their compassion and deep commitment to helping children around the world.

We’re very pleased to have them join the UNICEF family,” said Nigel Fisher, president and CEO of UNICEF Canada. “Their talents and accomplishments are a true inspiration for young people everywhere. They are passionate about leveraging their position to help raise awareness and to make a difference for the world’s children.”

In 2009, Steve Barakatt composed the official UNICEF International Anthem “Lullaby”. The choral symphony was premiered on November 20th, 2009 on five continents and on the International Space Station to mark the 20th anniversary of the Convention on the Rights of the Child, the most rapidly and widely ratified international human rights treaty in history.

For more information on Convention on the Rights of the Child and how you may become involved, visit: http://www.unicef.org/crc/